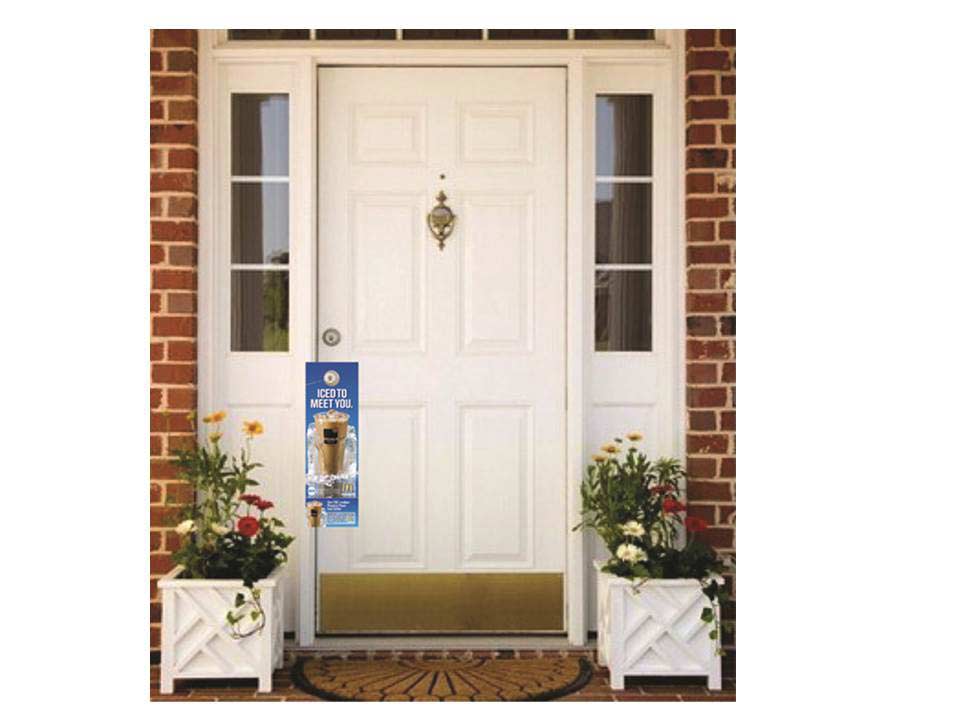 The Marketing industry has dramatically changed over the years. With new advances in market research and technology, marketing has taken a new spin, allowing it to generate all new avenues for clients and marketers alike. Even so, door-to-door marketing has been able to withstand the hands of time proving over and over again that sticking to the very foundation of marketing proves to be the most efficient way to grasp the attention of the consumer, making marketing history a present day success.

Beginning with the early 1900s, marketing has become a topic of discussion as it sprung upon the general public as a means by which to generate data to increase client revenue. In fact, “The idea of what later was called market research became endemic to the period between 1910 and 1920,” (Lockley 733). From this time forward qualitative research became a new means of market research for marketers. A man by the name of “George B. Waldron was doing qualitative research for Mahin’s Advertising agency around 1900. Harlow Gale, at the University of Minnesota, was using mailed questionnaires to obtain opinions on advertising in 1895 and in 1901, Walter Dill Scott undertook a program for experimental research on advertising for the Agate Club of Chicago,” (Lockley 733). Market research by the means of questionnaires was just the beginning of market research. It was the only way to get data and statistics for the time period.

In 1911, a man by the name of Curtis Parlin changed marketing research through his new techniques and ways of study. Parlin’s studies “were studies of marketing structures of industries—broad in their sweep, yet affording guidance where none had previously been available,” (Lockley 734). Parlin “built up a tabulation of the volumes of sales of department stores in cities of 54,000 and over—a tabulation sufficiently accurate to withstand considerable checking,” (Lockley 734). By studying not only the industry but also the volumes of sales, Parlin was able to increase revenue for his clients in the same way that door-to-door marketing does so for their clients as well. This was the foundation of market research at its best.

Since the early 1900s, there have been many changes in marketing and market research as a whole. It can be said that, “over the decades, the marketing discipline has experienced changes in terms of its dominant focus, thought, and practice,” (Kumar 1). Marketing has continually changed as the consumers have developed new ways of communication and as technology has advanced. These new changes have called “for a complete integration of marketing activities with business functions and creates opportunities for marketing scholars whereby research studies must now consider not only the marketing function but also its interface with other business functions,” (Kumar 4). Whereas before, marketing was strictly done so on a door-to-door level, marketing has become a multidimensional industry.

In recent years, social media has become a major part of the marketing industry. Marketers have found that “media usage patterns have undergone changes over the years. Specifically, the variations in customers preferences toward media channels have increased: people are spending more time on interactive media (interactive television, pure-play Internet and mobile services, and video games) than on traditional media (radio and print),” (Kumar 4). Even so, media cannot withstand the very foundation of market research. Advertisements via media only capture the consumers’ attention for a moment or two before it is quickly forgotten. In addition, consumers are bombarded by so many advertisements all at once that it is easy for an ad to get lost among the crowd.

Another form of marketing that has developed over the years is that of telemarketing. However, telemarketing has proven itself to be problematic especially “now that a nationwide do-not-call list makes it impossible to reach millions of potential customers, some U.S. marketing companies are returning to an old-fashioned alternative: door-to-door salespeople,” (Reeves 7). Although this form of marketing was once effective because the consumer had no choice but to answer a phone call, advanced technology, caller IDs, and blackout lists have made this sort of marketing inefficient for marketing firms. Hence, marketers are returning yet again to door-to-door marketing to achieve their campaign needs.

Email, yet another form of inefficient marketing, is still out and marketers are slowly learning that it is proving itself to be another lost cause. While some marketing firms still choose email as a means to advertise, this form of advertising can be frustrating and incompetent. For the most part, “unsolicited email annoys most computer users, and improved spam-blockers makes the tactic less effective. And it’s hard to persuade customers to visit a company’s Web site,” (Reeves 7). Although it is true that we live in a technology-based society, it is still difficult to drive consumers to company websites. Unwanted emails can be a disturbance to consumers and can easily turn them off. If a consumer receives an unwanted email, it is easy for that advertisement to be sent straight to the junk, spam, or trash box.

While technology-based marketing can be costly, door-to-door marketing can be an alternative for those looking to keep a low budget campaign. In fact, “door-to-door leaflet distribution is not only an extremely effective form of marketing, but it is also very cost efficient,” (Greener 30). While some companies chose to spend top dollar to get the latest and greatest technology based marketing campaigns, they fail to realize that the most efficient and cost efficient ad campaigns are right at their fingertips. Door-to-door marketing offers an inexpensive way of delivering direct advertising to targeted audiences.

Door hangers are showing that door-to-door marketing is proving that getting back to basics is the way to go. Statistics show, “as many as 79% of recipients keep, pass on or glance at leaflet distribution items, 38% keep it for days, while 13% retain it for a week or more,” (Greener 30). The longer the advertisement stays in a homeowner’s home, the higher the likelihood that the consumer will react to the campaign. With door-to-door marketing, “every household that is targeted by your leaflet has the advert viewed,” (Greener 30). Whereas other marketing campaigns are given a simple glance, door hangers are kept for longer periods and are proven to be kept for longer periods of time, thus further increasing response rates for the marketing firm and client of interest.

It is easy to get blinded by what is shiny and new. Everyone wants to be a part of the latest and greatest in technology to advance their ad campaigns, but what they don’t realize is that the foundation of marketing rests in the very basics. There is no need to mess with impersonal advertisements. The general public now seeks a personalized approach. Parlin and Waldron in the early 1900s had it right when they stuck to door-to-door advertising. Reaching their clients at their doorstep was the key to success and could be the key to your success as well. It’s time to stop looking for the new approach and stick with the foundation that works: door-to-door marketing.