Opening the Door to the Hispanic Market 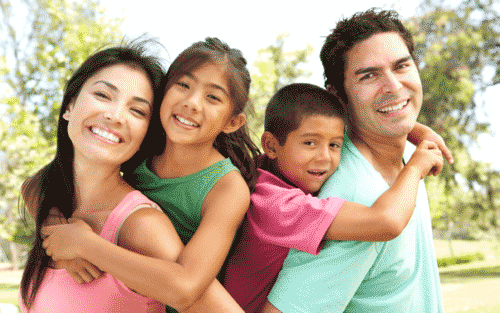 There is no doubt about it.  The Hispanic community has taken over a grand part of the ways in which the marketing industry has developed their campaigns.  Although it may not seem like much, “Hispanics now account for nearly 14 percent of the U.S. population,” (Armbruster 1).  In a country known as the melting pot of so many different cultures and races, this is a significant number.  This is where Power Direct’s door to door marketing proves that if a campaign is driven correctly, the outcome could be highly productive and pay great dividends.

It is important to note that the Hispanic community is highly influenced by the advertisements that they encounter.  In fact, “Advertising can dramatically affect Hispanics. 35 percent surveyed cited as a factor in selecting color cosmetics, compared with 8 percent of general-market respondents,” (Armbruster 1).  Power Direct knows that the greater the advertisement, the higher the chances the Hispanic consumer will respond to it. Power Direct’s data analysis team strives to provide the very best possible marketing campaigns to achieve maximum results and even greater payouts.  By using predictive analysis via demographic/census data, our team can target the best possible target audience which allows for maximum results.

In addition, Power Direct, along with our clients, “provide real value and credibility for Hispanic consumers to consider [their] product,” (Armbruster 1).  The Hispanic community is not easily driven toward a product unless they trust that there is true value in it.  The presentation of the product and the ways in which a program is being advertised becomes a strong component in the Hispanic communities’ willingness to respond. Power Direct’s marketing team ensures that the product is advertised in just the right way.  Whether through the use of a jumbo door hanger or by a customized die cut shape door hanger, Power Direct is sure to get the attention of the Hispanic consumer through their door to door advertising strategy.   Providing value and credibility is the primary goal because we know that this is the key element in a campaign’s presentation to create greater response rates from the Hispanic community.

Other techniques proven to work in engaging the Hispanic market community are by television ads and Power Direct has taken a strong lead in the marketing world working with various cable and television companies and proving themselves as a successful asset to clients.   To reach the Hispanic community, many cable companies have turned to marketing campaigns aimed toward Latin communities knowing that the outcome and response rate will be much greater.  At this very moment, “Spanish-language television is hot.  Last year the media registering growth was not the internet, but Spanish-language TV.  According to Neilson, Internet ad spending increased a relatively impressive 12.6 percent, while the major Spanish-language TV networks were up 15 percent.” (Armbruster 1).

Companies such as Telemundo and Comcast have turned to Power Direct to help generate marketing campaigns that will help boost their strategic modeling to improve revenue.  Power Direct runs door to door campaigns and is able to target any ethnic group individually.  These campaigns run across the nation, in various versions and offer great response rates.  Other than the advertisements placed on television, marketers must find a means by which to place advertisements for shows and television alike.  The Hispanic community is big on television and if the campaign is driven by a professional and well-equipped firm such as Power Direct, the final revenue potential for the client could be significant.

Advertisements offering group discounts or coupons can be highly effective for Hispanic markets as well.  It is said that “Hispanic consumers have a different shopping style than Anglo consumers.  Hispanics consumers often make shopping a family event and thereby will often shop in groups,” (Armbruster 1).  Integrating advertisements that would entice consumers to go shopping together as a group would give the Hispanic community a higher incentive to go to the desired business location.  This type of advertising can be easily integrated into Power Direct’s door hanger campaigns.  Since door hangers can be customized to print any coupon, graphic, or even shape, a client could easily advertise group rates or coupons into their advertisements.  The Hispanic community tends to do their shopping in groups or with family due to their strong family bonds.  For this reason, advertisements including groups of even families would be highly effective for this type of consumer as it would help spark their interest even further, showing that the company took a personal interest in their personal needs, wants, and values.

Marketers must also take Hispanic consumers’ personal interests into account when directing their campaigns and, for this reason, Power Direct uses data analysis and product modeling to evaluate further the market.  The Hispanic consumer is looking for more than the average product.  In fact, “Crossover Hispanic consumers often spend more than Anglo consumers on personal style items such as high-cost cosmetics and clothes making them ‘fashion-forward’ consumers,” (Armbruster 1).  The average Hispanic consumer wants the high-fashion item that will put them at the top of  the season’s latest trend.  Therefore, the Hispanic community is more likely to spend more than Anglo consumers because they simply want to be a step above the rest in their fashion purchases.  Again, this is an opportunity for yet an even greater revenue opportunity for companies and Power Direct stands by our clients providing the most efficient data provided by our professionally trained data analysts to create the best possible targeted campaigns. Through the use of predictive analysis, the Hispanic consumers’ needs, wants, and desires are met and applied through door to door campaigns.  Power Direct offers a strategy that brings an ad right to the very front door of the consumer, providing a personal connection.  By offering campaigns in the Hispanic market that are directly targeted toward high-priced, fashion forward items, the response rate is sure to be greater.

The Hispanic market has proven itself to be a profitable market to dive into due to their willingness to pay top dollar for fashion –forward items, but this phenomenon is spreading to  younger generations.  Not only have Hispanic adults made up a large portion of the consumer industry but  more often millenials  play  a substantial role in the market as well.  Latino teens have a large influence on the consumer market spending “about $20 billion a year,” (Armbruster 1).  Just like their parents, Hispanic teens are going into the market strong, proving that this community matters.  Whether age 16 or 43, the Hispanic community is hitting the market with a boom.   Power Direct uses data analytics to ensure that these target audiences are reached and that the right door hangers are brought to their very doorstep so as to provide exposure and higher response rates from the Hispanic community.

Even with its definite high value, Power Direct knows that the Hispanic marketing can be quite tricky since this particular community cannot easily be influenced.  This is to say that “Marketing to Hispanics cannot be turned on and off like a spigot.  It takes time to win trust from this closely knit community.  Don’t expect a miracle in a month.  Be committed and consistent,” (Armbruster 1).  However, as a client, one should not give up simply because it is a difficult market to conquer.  The Hispanic market has a lot to offer.  Once this market has been won over, they will begin to gain trust and are more likely to be loyal to brands and companies they trust and value.  To truly become successful in this market, those wanting to gain trust and profit must adhere and cater to the Hispanic community.  It is suggested to “make it a mission to hire capable and completely fluent bilingual receptionists, salespeople and service people,” (Armbruster 1).  Power Direct knows that trust and catering to their clientele is a critical element to a successfully run campaign.  Therefore, Power Direct has highly professional bilingual executives ready to answer questions at any time a consumer wishes to call.  Power Direct provides a phone number on every single door hanger they print for their clients, by which any consumer may call if they should have questions regarding the advertisement and they have hired bilingual staff to assist those in need of assistance.

Although it may seem to be a hard task due to its various elements of detail oriented and customization marketing techniques, routing campaigns toward the Hispanic demographic like Power Direct provides, could prove to be highly successful.  It is true, “a move into the Anglo-plus-Hispanic marketing can be daunting, when done properly it can bring exceptional plus-market share to business,” (Armbruster 1).  Whether the consumer is young or old, the Hispanic consumer is hitting the market with a bang.  It is up to companies to choose the right marketing firm like Power Direct to join together to help target the Hispanic Market and open the door towards creating campaigns that will engage, captivate, and continually peak the interest of the Hispanic community.